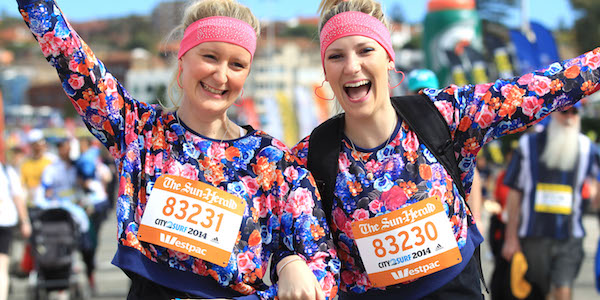 The Sun-Herald City2Surf 2016 Presented By Westpac

The Sun-Herald City2Surf 2016 Presented By Westpac

The Sun-Herald City2Surf 2016, presented by Westpac:

Runners of all ages, all abilities and from all over Australia will be gearing up for The Sun-Herald City2Surf 2016 presented by Westpac.

With just over four months until the iconic 14km event, serious runners and first-timers alike are invited to ‘save the date’ – Sunday, August 14, 2016 for the world’s largest run and Sydney’s favourite sporting event.

The 2016 course will start in Hyde Park and follow the same route through to the world famous Bondi Beach, passing through the beautiful Eastern Suburbs of Sydney as it has done since the start line moved to College St in 1977.

The course will retain its legendary 14km distance; however, the course finish at Bondi Beach for the 2016 event has been slightly changed.

The City2Surf is synonymous with truly amazing fundraising efforts and with more than $4 million raised in 2015, City2Surf is again challenging runners to help support a charity of their choice.