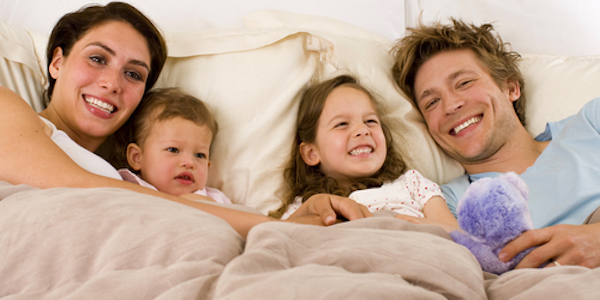 Sleep in and light up for mito during National Stay in Bed Day + Global Mitochondrial Disease Awareness Week: 18 to 25 September 2016

Sleep in late or party in your pyjamas to help fight genetic disease on National Stay in Bed Day, Sunday 25 September 2016.

We all love sneaking extra time in bed, particularly when chilly mornings tempt us to indulge that guilty pleasure, snuggle longer under the covers or simply lounge in our pyjamas all day.

The good news is it’s National Stay in Bed Day on Sunday 25 September: the ultimate ‘do-nothing, feel-good’ event when we’re invited to sleep in guilt-free to help cure mitochondrial disease, a debilitating and potentially fatal genetic disorder that robs the body’s cells of energy, starving muscles and major organs of the power they need to function properly.

Stay in Bed Day is a major annual awareness and fundraising initiative of the Australian Mitochondrial Disease Foundation (AMDF), which is urging all Australians to join the mass sleep in at homes around the country, make a donation or sponsor others at stayinbedday.org.au and raise awareness on social media.

People are also being encouraged to organise or support neighbourhood Stay in Bed Day events on the big day or during spring, with local businesses, schools, childcare centres, community groups, cafОs and gyms likely to host PJ parties, slipper days, discos, brunches and picnics. Visit the website for ideas and follow Stay in Bed Day on Facebook for details.

AMDF CEO Sean Murray said at least 1 in 200 people in the community* – more than 120,000 Australians – are at risk of mitochondrial disease, but 90 per cent of affected people are undiagnosed, misdiagnosed or may unknowingly pass the disease to their children.

“At least one Australian child born each week will develop a severe form of mitochondrial disease, and half will die in childhood. A further 30 children born in Australia each week may develop a mild to moderately disabling form of ‘mito’, sometimes not until adulthood,” said Mr Murray, whose family is affected.

“There is no cure for mitochondrial disease and very few effective treatments. The ability to walk, run or even stand up unaided can be a daily struggle for people with mitochondrial disease, so a common outward symptom is the need to regularly rest and recharge just to do everyday things. Stay in Bed Day is therefore an apt and easy way for all Australians – even people with mito and their carers – to support the cause and help the AMDF fund vital research. Inside the body, the effects of mito are much more serious and complex; there are more than 100 types of the disease, which can cause any symptom in any organ at any age. Depending on which parts of their bodies are affected and to what degree, sufferers may: lose their sight or hearing; suffer muscle weakness and pain; be unable to walk, eat, swallow or talk normally; have strokes or seizures; develop liver disease or diabetes; or suffer heart, respiratory or digestive problems, developmental delays or intellectual disability,” he said.

National Stay in Bed Day is the finale of Global Mitochondrial Disease Awareness Week (gmdaw.org) from 18-25 September, which features fundraising activities, advocacy and social media initiatives and education and information sessions, including a major medical symposium and the Light Up for Mito campaign, when landmarks and homes will be lit green.

“However, awareness of mito in the medical community remains relatively low, particularly for adult- onset and non-life-threatening forms of the disease,” Mr Murray said.

“Mitochondria are the powerhouses within our cells that transform food and oxygen to generate 90 per cent of the energy fuelling our bodies, particularly muscles and major organs like our brain, heart, liver, ears and eyes. Lifestyle and environmental factors damage our mitochondria and make them less effective over time, so mitochondrial dysfunction is a significant factor in a range of major diseases and is a key reason humans develop age-related health problems and have a finite lifespan. People with mitochondrial disease have genetic mutations that predispose their mitochondria to fail prematurely, which means they may develop mitochondrial disease symptoms anytime in their lives.”

“Mitochondrial disease can affect both children and adults; due to its genetic basis, the disease often affects multiple family members. Mito can be inherited from a person’s mother, father or both parents, or can arise as a spontaneous genetic mistake at conception. A ground-breaking new IVF technique offers hope for women likely to pass on maternally inherited mitochondrial disease to their baby. Called mitochondrial donation, the technique transplants a small number of healthy cells from a donor egg to replace the mother’s faulty mitochondrial DNA. Mito donation has been approved in the United Kingdom, but Australian laws need to change to give affected women the choice to access the technique here.”

About the Australian Mitochondrial Disease Foundation

The AMDF does not receive government funding and relies solely on donations. Since it was set up in 2009 by family members, friends and doctors of sufferers, the AMDF has funded major research projects, an Australia-wide mitochondrial patient database and priority access to a new Next-Generation DNA Sequencing Facility to enable faster, less expensive and more accurate diagnoses of mitochondrial disease.

In addition to National Stay in Bed Day, the AMDF raises funds through The Bloody Long Walk national series of 35km walks in capital cities from August to November (bloodylongwalk.com.au). Other community initiatives are held during the year by the AMDF, groups, families and individuals.

The AMDF operates a telephone helpline (1300 977 180), runs support groups including teleconferences and a Facebook group, and holds information days and symposia for patients, GPs, specialists and the public.