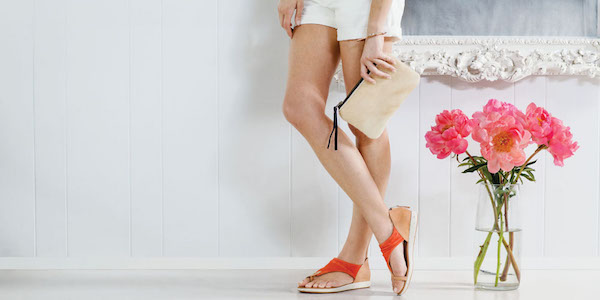 EMU Australia has given back to the community via a donation of current Spring sandals in recognition of the efforts of local Surf Clubs who keep the region’s beaches safe over the summer.

The donation sees the clubs offer summer footwear to their female members for fundraising and as prizes in annual events. The spring line was already on show this weekend at the Jim Wall Iron Man at Torquay Surf Life Saving Club, being utilised for prizes and for sale in the club’s biggest event of the season.

Renowned for their winter footwear, EMU Australia launched a spring line of women’s footwear in 2015 to complement the brands offering and extend their strategy for the future of Ever Natural 365-day  product. With entrenched roots in the Geelong region, including design, manufacturing and distribution from our South Geelong Global head quarters.

EMU Australia’s General Manager Brett Goodgame said “The Surf Life Saving Clubs along the Surf Coast and Bellarine Peninsula provide the community with a huge service and our simple donation seemed the right thing to do, highlightling our Spring product line and in recognition of the service provided to our local region.” Brett went on to say further, “The donation of 300 pairs for each club is significant; with a typical retail price between $79.95 and $119.95.  This provides the Surf Clubs with a robust fundraising platform to help further service the community via the great service these clubs offer.”

The Surfcoast and Bellarine Peninsula clubs who have already received the donation include Ocean Grove, 13th Beach, Torquay, and Lorne SLSC’s.

The EMU Australia Spring collection as well as their world renowned sheepskin boots and slippers are available locally at Speaky’s, Strapper and via the online store.

Previous 2016: Fad Diets Are Out And Perfect Portions Are In
Next The Fitness Generation Launches The New Personal Power Plate®