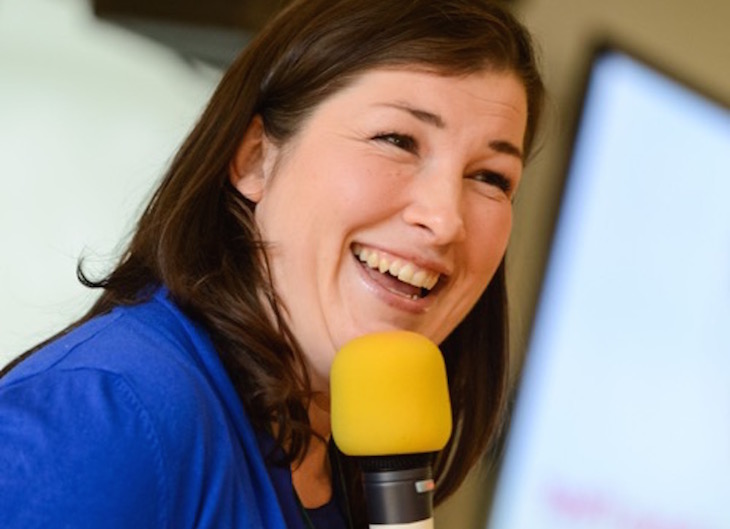 Humour Is A Tool To Deal With Embarrassing Issues

Elaine Miller, the Key Note speaker at this year’s Women’s Health and Fitness Summit, is a physiotherapist who specialised in pelvic health after having her family, “after that, the science of continence and the wonders of the pelvic floor were absolutely fascinating to me” she says.

Around the same time, Elaine took up stand up comedy as a hobby and quickly realised that it might be a useful tool in her professional life.

One in three women wet themselves when they laugh, cough, or jump. Most never seek help, which is a shame as about 80 per cent of stress incontinence can be cured with physiotherapy.

Elaine says “And, that’s cured with a capital “C”, not, “I’m okay if I cross my knees when I sneeze”.

It is possible for a woman of any age to regain control – but, continence is one of the few remaining taboos in Western societies.

“Women just don’t talk about it. They might all give a knowing smile when someone says “trampoline”, but, they don’t discuss that they’re reliant on pads and that’s making them sad.”

Elaine observed people talking about what makes them laugh, so she wrote a solo stand up show, “Gusset Grippers” and put it on at the Edinburgh Festival Fringe.

It was awarded the “Weirdest Show of the Fringe” and she was given four stars. Reviewers said nice things like “see this show, your knickers will thank you”.

What she found interesting was the number of women who reported that they were motivated to see their GP after seeing the show – “if you make them laugh, they’ll talk. If they talk, they’ll realise they are not alone, gain empathy and seek help. Which is the point.”

Humour has long been used in marketing, but, health providers have been slow to use it as a tool for health promotion. That is changing – studies have shown comedy can change stigmatising behaviour from health professionals, therapeutic benefits for people with early stage dementia, and in reducing hopelessness in teenagers with cancer.

There are physical effects from having a good laugh – a release of endorphins and dopamine improves mood and relaxation, which is very useful for people who are having medical treatment. Some evidence shows that memory improves (for the humorous material) which is vital when people have to learn new skills or absorb information which helps them manage their condition.

The Arts have long been used in promoting mental health issues. Every year there are more shows in the Edinburgh Festival Fringe, indeed there is a whole festival dedicated to mental health! (www.mhfestival.com)

Other health disciplines are now looking to use comedy. Brunel University in London have a centre for comedy studies and are applying for grants to explore whether humour is an effective health promotion tool. Gusset Grippers is to be part of that study, planned to start in 2016.

Elaine says “that is so exciting. With the right education, women can self manage many conditions which cause incontinence. Potentially, we could show that delivering evidence based information in a non-clinical setting can result in an objective change in their incontinence symptoms. Or, we could show that it doesn’t. But, anecdotally, it works, so, I’m hopeful. It’s a disgrace that so many women put up with a condition that is curable. Wetting yourself isn’t going to kill you, but, incontinence is a barrier to exercise, and diseases of inactivity just might. We need to get the word out there, break down the taboo, get women talking and keep them moving. I’m sincerely hopeful that a bunch of fart jokes might be helpful.”

Elaine will be the key note speaker at the Women’s Health and Fitness Summit, held at Crown Melbourne on the 12 and 13th of September.