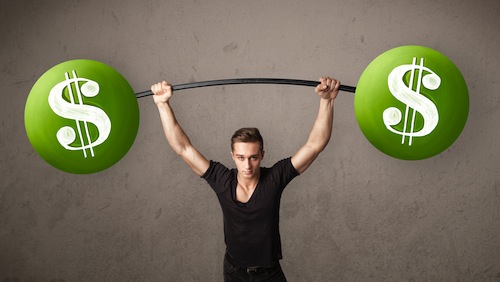 Data was recorded from two Finnish studies and observes the long-term income effects of physical activity on 5042 male twins from 1975-2004. The Older Finnish Twin Cohort Study (University of Helsinki) was matched to income data from the Finnish Longitudinal Employer- Employee Data (FLEED) of Statistics Finland. Income was measured across 15 years to cover the primary working period of the twins studied.

Results showed keeping physically active has a positive effect on long-term income with active males receiving a 14-17% higher long-term income than their non-active counterparts. The increased long-term income can potentially be explained by non-cognitive reasoning rather than a direct cause and effect relationship.

Physical activity has the potential to increase work performance through the improved ability to persevere through work related obstacles, an increased preference to take part in competitive roles as a result from an enhanced feeling of self-control and self-esteem and improved social skills as a result of participating in team activities.

While this study could not demonstrate a causal relationship between physical activity and increased long-term income, it did offer a plausible explanation that individuals with a tendency to participate in physical activity may also have the same driving attitude in a work related situation. In a complex area for investigation this study is strengthened by its use of a large sample of twins, which eliminates a range of biological and other confounders. It is further strengthened by its longitudinal cohort design.

This article is from http://www.heartfoundation.org.au