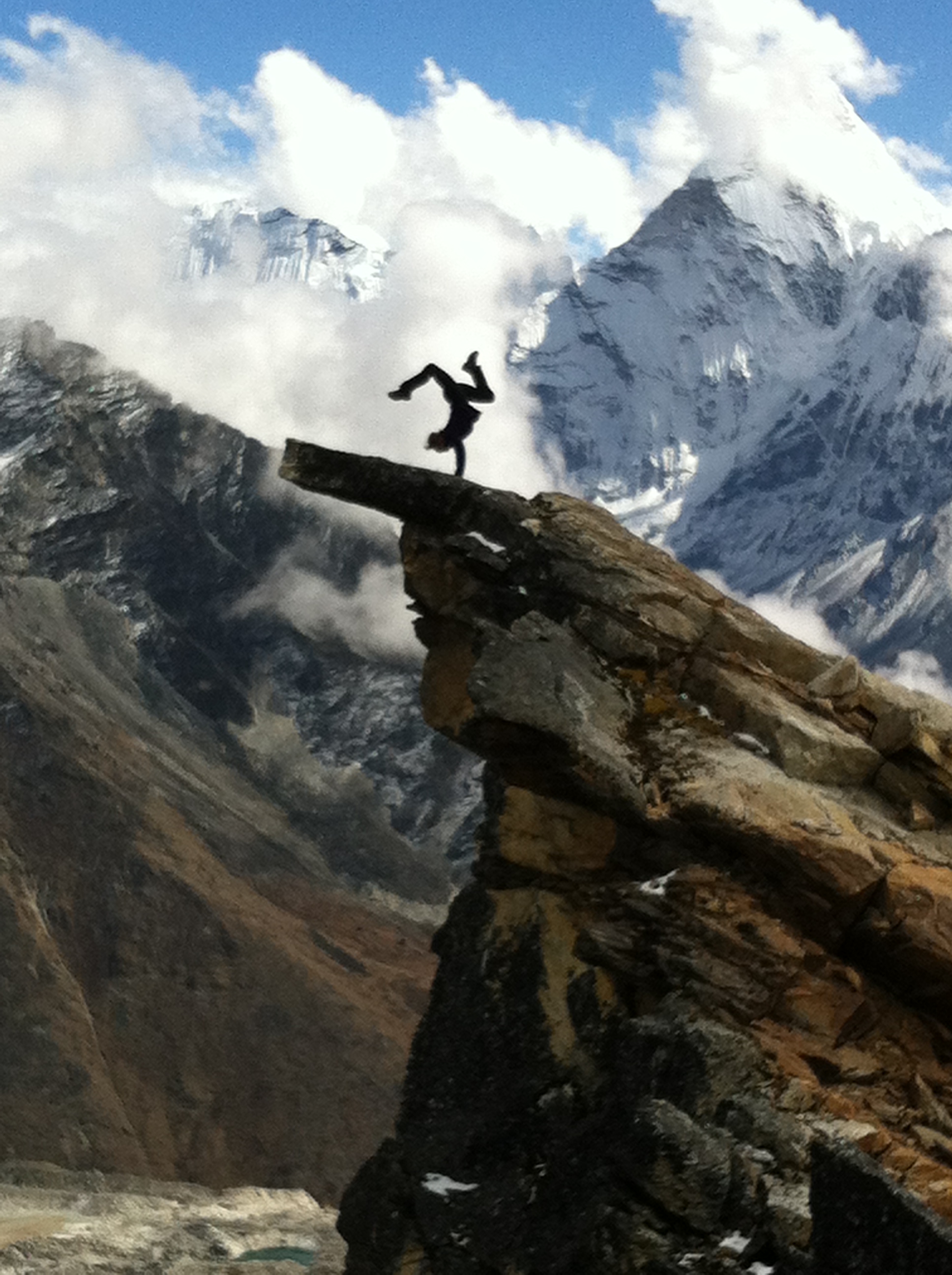 RecordSetter – The New Home of World Records – has just announced a new record for the World’s highest handstand.

“It was the most amazing thing ever,” said Westaway. “When my climbing sherpa got altitude sickness, and my guide got gastro as we teetered under a dangerous ice cliff at 6,400m, I thought I wouldn’t even leave the tent for the summit. But miraculously we made our summit push at 3am. Unbelievably when we arrived on the summit, 6,856m,  I was able to go upside down in my 6kg of high altitude boots and crampons, and balance for long enough to capture the incredible moment looking out over Mt Everest.”

What is most surprising about Westaway is that she’s at an age when most women are planning their retirement and many are grandmothers. But Westaway, says life begins again at 50 and is very excited that she can celebrate this achievement during National Prevention Week.

Westaway runs the very successful Wild Women On Top, Sydney Coastrek which inspires women to transform their lives with extreme challenges, and raises millions of dollars for The Fred Hollows Foundation to restore sight. She is also the Blackmores Healthy Ageing Ambassador, which gives her the opportunity to share her health message with women around the world.