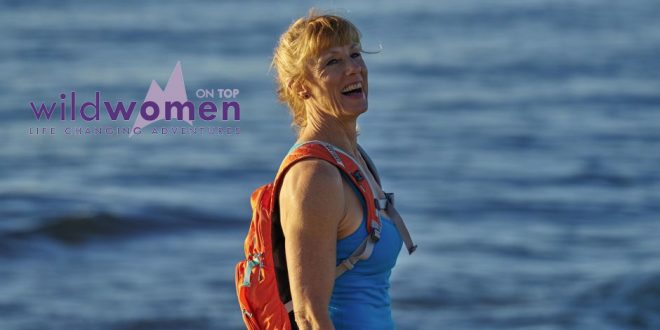 Out of the blue her friend’s personal trainer invited her to climb an extreme mountain in Argentina and she fell in love with adventure. The Di Westaway of today is a world-record holder and CEO of a social enterprise that has raised nearly $20 million for charity and transformed the lives of millions around the world.

Di has just been recognised as a NSW finalist in the 2017 Telstra Business Women’s Awards in the For Purpose and Social Enterprise category.

Di has built a movement called Wild Women On Top, out of inspiring and empowering women to get outdoors and improve their mental and physical health through shared hiking adventures. She is best known as the founder of the Coastrek brand, which has become one of Australia’s most popular adventures for women in Sydney, Melbourne and the Sunshine Coast.

Coastrek is a team trekking challenge where participants hike either 30km or 60km’s to get fit, healthy and happy, while raising funds for good. Since it began in Sydney in 2009, Coastrek has inspired nearly 25,000 trekkers, mostly women, and raised nearly $20m for The Fred Hollows Foundation.

“I love supporting women who are juggling life’s ups and downs. To see them prioritise their own health and challenge themselves with their friends while raising money to help others is incredibly humbling for me. Being recognised in these awards is an honour for our whole community,” says Di.

“I chose this wild adventure to escape my miserable life. I hoped it would get me fit and happy again. But little did I know it would transform my life. I failed to reach the top of Mt Aconcagua on that first adventure but I learned how to manage stress and turn obstacles into opportunities, as well as how to wee into a zip-lock bag, among other, similarly important, survival skills,” Di added.

Recognising and rewarding the courage, leadership and creativity of Australia’s and Asia’s most inspirational business women, the Awards empower women to take pride in their achievements and encourage them to set bold new goals for the future.

The Telstra NSW Business Women’s Awards dinner will be health on Friday 27 October 2017 at Doltone House.