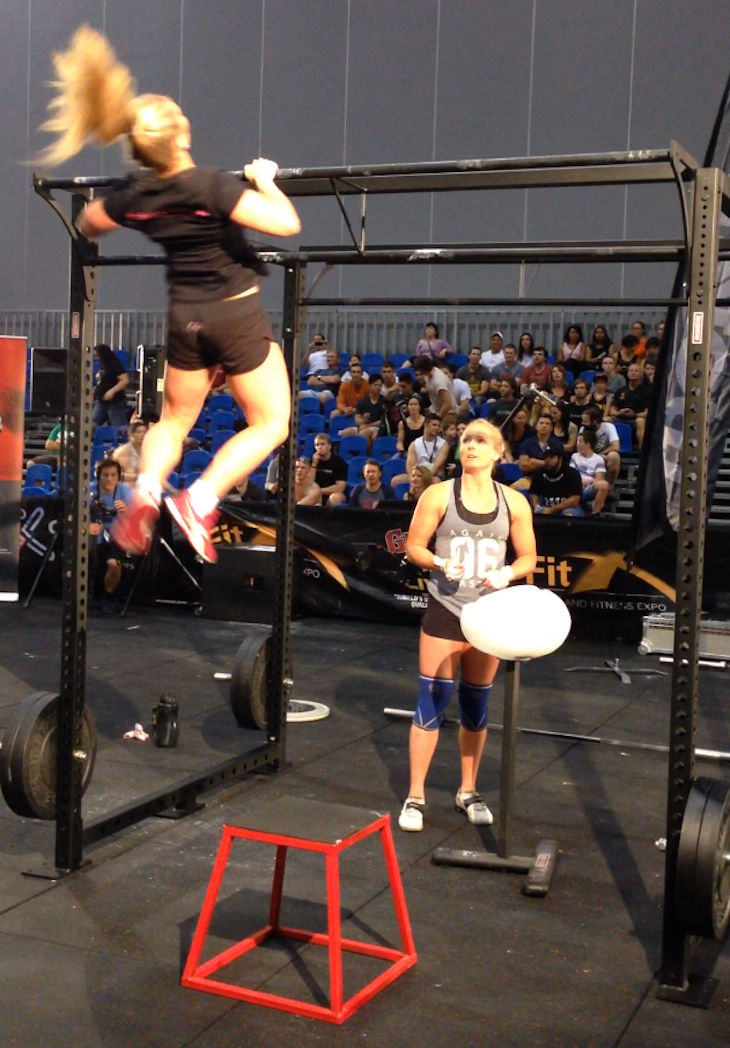 If you’ve never seen an official CrossFit competition, then check this out.

This jaw-dropping competition between these two top regional competitors, was captured at the #FitX Sport and Fitness Expo in Melbourne.

CrossFit orginated a little over 10 years ago in Santa Cruz, California, by an ex-gymnast, who wanted to challenge the notion of what it meant to be truly fit. To do so, he combined different fitness disciplines in a bid to determine who was the fittest across the board. Fast forward ten years and CrossFit is a now full blown competition that culminates in the World Crossfit Games in California every July.

Around this time of the year (March), the CrossFit Open begins. This is a five-week online competition, which this year sees some 150,000 people from all over the world, taking part. Over the five weeks, Crossfit release a weekly workout and the top 48 men and women from the 18 CrossFit-designated regions around the world, will go forward to compete in a regional competition. This year, in Australia that will be held in Wollongong in May. From that event, the top three men and women from those regions then go on to compete in the World CrossFit games in California.

Every workout must be videoed, so they can be submitted to CrossFit HQ where they are verified before moving onto the next round.

What you’ll see in the following videos is called “Workout 14.2”, which apparently is not one of the easier CrossFit workouts (is there such a thing?). Here’s how it works:

Recently, two of the world’s best female CrossFit athletes carried this workout and the top score was in excess of 300 reps, which took the athlete into about 20 rounds. Results such as these can be viewed on www.crossfit.com

Check out who won this competition, after completing 194 reps, by watching the videos below. And you can even watch their post-comp interview to find out more about these two impressive athletes.