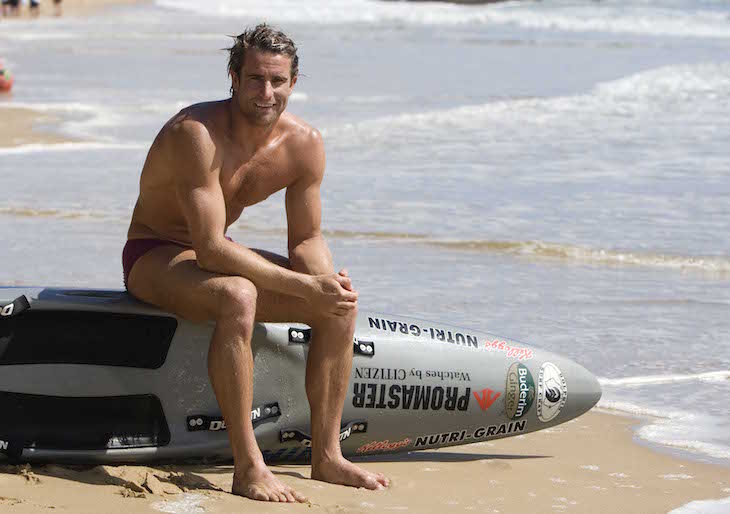 Champion Ironman Zane Holmes’ dedication to Surf Lifesaving led him to create the Medibank Wave Warriors Junior Challenge, an annual event now in its fifth year, which attracts competitors from across Australia and New Zealand.

New to each Wave Warriors event day this season and adding extra excitement is the all ages Medibank Ocean Swim Run which will be held from 6.30am to 8.30am prior to the Wave Warriors kicking off at 9am.

The Medibank Ocean Swim Run is open to everyone aged from 6 years to 60+ years (not just surf lifesavers) and is a 200m swim and a 2km beach run.

The Medibank Wave Warriors Junior Challenge is open to competitors from under nine to under fifteen year olds and is a beach and surf spectacular, set up to mirror the famous Kellogg’s Ironman series and promote further development for junior lifesavers in this iconic Aussie sport.

Junior lifesavers (Nippers) from across Australia are keen to hit their local beach with one of their heroes and a legend of the sport to develop their skills and have fun in the water.

“My goal was to create a unique ocean and beach spectacular for junior lifesavers (Nippers) so they can come together from around Australia to participate in an exciting competition,” said Holmes.

The Medibank Wave Warriors Junior Challenge has events across all surf sports disciplines with individual events such as beach sprint, beach flags, surf race, board race and iron person and team events including the new Medibank Movers relay.

The competition is about participation and fun – encouraging our youngest athletes towards a healthy and active lifestyle and encouraging them to continue their participation in the sport and to become future volunteer patrolling lifesavers at their local surf lifesaving clubs.

“The Wave Warriors events reflect so much of what we are about – families, being active, community connectedness and building health habits from a young age. This is all part of our For Better Health focus and it is pleasing to find a partner such as Wave Warriors who echoes our sentiments,” said Mr Gowie.

Zane has a 40-year family history in surf lifesaving, beginning as a Nipper and culminating at the pinnacle of his sport. He is the most successful Ironman in Surf Lifesaving history.

As well as the Medibank Wave Warriors Junior Challenge events, Zane is also holding two Nippers clinics in his home state of Queensland:

The events in the Medibank Wave Warriors Junior Challenge series are: