Recent data from US based location intelligence company Foursquare, has shown an over-saturation of boutique studios in some markets of the US.

In the time from June 2015 through to June 2017, the number of cycling studios doubled, whilst the number of visitors per studio declined by 30% in the April – June quarter of 2017 compared to the same quarter in 2015.

Pressure is now on for individual locations to increase attendance in order to avoid financial challenges or hardship as some markets show signs of over-saturation evident in speciality studios such as Plates and yoga, where 20% of businesses ceased trading between 2015 and 2016.

On the flip side, and some might think against the ‘run-of-play’, high end gyms and health clubs look to be on the rise. The first two quarters of the 2017 financial year saw visit share flat, but there was bounce up to a 7% increase to the end of June 2017.

During the first six months this year, budget gyms such as Planet Fitness showed a 10% increase in visit share compared to a 11% for the same period in 2016.

It’s worth noting that, according to the data, and despite that small decline, 25% of ‘all gym goers’ visited a Planet Fitness during that second quarter.

For the broader US health club market, a 2% increase in visits rom April – June 2017 was apportioned to existing members visiting their gym rather than new members walking through the door.

About Foursquare
Foursquare is a technology company that uses location intelligence to build meaningful consumer experiences and business solutions. Foursquare analyses foot traffic data from more than 50 million monthly global users of its Foursquare City Guide and Foursquare Swarm apps and websites, which people use to explore the world and check in. These location-based apps help Foursquare understand trends and notable societal shifts. The user data is always anonymised and aggregated. All data was normalised against US census data to ensure the analysis accurately reflects the US population, removing any age, gender or geographical bias. 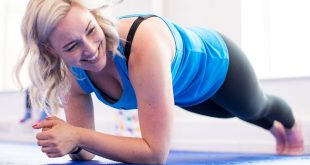 Your new-mum client walks into the gym. You congratulate her on her recent arrival, move ...