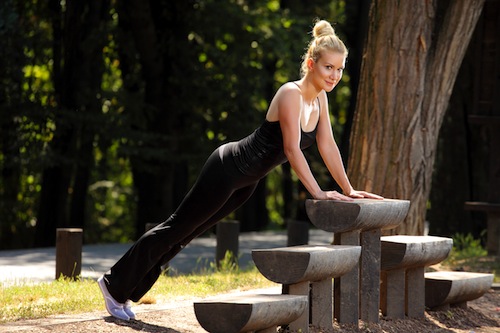 A new research project to develop a definition of boot camps in the fitness industry has been unveiled at Federation University Australia.

Dr Alex Donaldson (Research Fellow) and Nirmala Perera (PhD Student) at the University’s Centre for Healthy and Safe Sports are seeking to develop a definition of boot camps, as the term is open for interpretation and debate.

“Boot camps are a popular form of physical activity but currently there is no accepted and agreed definition of what exactly a boot camp is,” Ms Perera said.

“This research project aims to define boot camps specifically in the context of the fitness industry.

“We aim to define what a boot camp is using Concept Mapping, a well-established research process that generates cluster maps which show how ideas and statements relate to each other.”

“Boot camps originated from military recruit training and now are popular as a quick way to lose weight and get fit as a result of popular television programs such as The Biggest Loser and contests like Tough Mudder,” Dr Donaldson said.

“Boot camps also are often conducted in outdoor environments such as parks, beaches and woods, exposing participants to additional risk.

“More often than not boot camp activities are held in early mornings or at dusks and some of the areas are not well lit or monitored for injury risks,” Dr Donaldson said.

“If not managed properly, the risk of injury may increase due to the nature of the workout as well as the environment boot camps are conducted in – for example, ligament damage from running on uneven surface, twisted ankle, overuse injuries and back pain from carrying heavy weights.”

Therefore, rather than having positive health benefits, there is the possibility that boot camps can increase the risk of injury and adverse health effects.

At present, very little research has been conducted into boot camps in the general population.

Nirmala Perera’s PhD aims to identify common injury risks associated with boot-camps, to review any existing injury surveillance and safety practices in boot-camps and to develop recommendations for future standards for injury prevention and risk management in boot camps.

“But I cannot progress to answer other boot camp related research questions until an agreed definition is available,” Ms Perera said.

“Findings from this project will inform future research to identify the injury risks and safety practices in fitness-related boot camps.

“This will develop recommendations for future standards for injury prevention and risk management in boot camps.”

Anyone wishing to become involved in the project to develop a definition of boot camp in the context of the fitness industry should contact Nirmala Perera on 03 5327 8439  or Dr Alex Donaldson on 03 5327 6418 or at a.donaldson@ballarat.edu.au