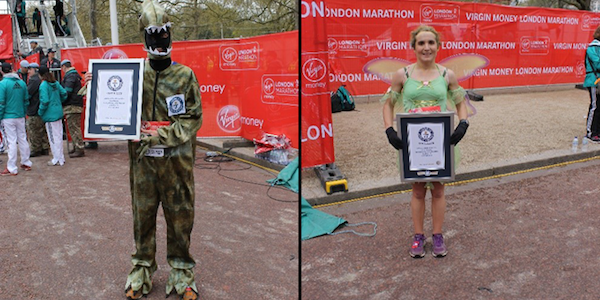 It’s the first time the global authority on record breaking has partnered with an Australian marathon and only the second time internationally after the London Marathon. The 2016 London Marathon saw 31 Guinness World Records titles broken. These include:

Runners wanting to take part in the marathon course of the Blackmores Sydney Running Festival and add something different to their experience or raise money for charity should take up the challenge of attempting a Guinness World Records title by following the below steps.

Once you’ve registered for the Blackmores Sydney Running Festival, please make a standard application via the GuinnessWorldRecords.com ‘Set a Record’ section and include the following: