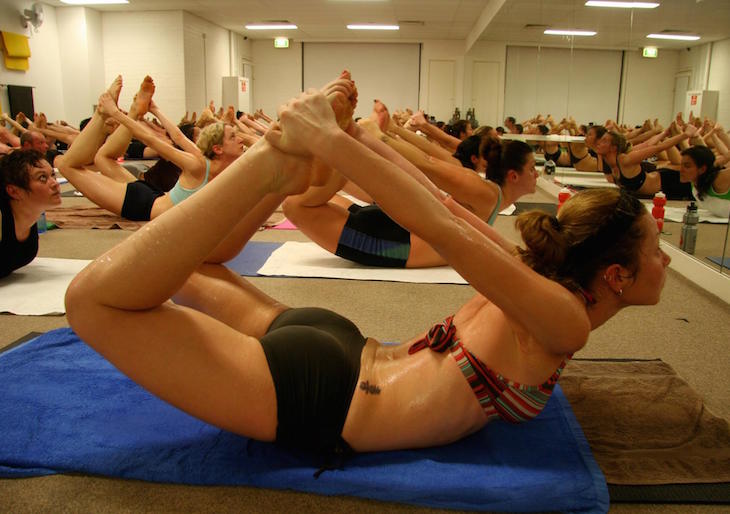 Bikram Yoga Australia (BYA), an organisation representing the network of Bikram yoga studios around Australia, is seeking candidates to participate in a research program investigating self-reported wellbeing both before and after completing Bikram classes over a six-week period.

“As practitioners of Bikram Yoga, the original hot yoga, we have extensive anecdotal evidence suggesting the health and wellbeing benefits of the 90-minute class of Bikram,” said Michael Houghton, Secretary of Bikram Yoga Australia. “So this research program is our opportunity to try and establish trackable data into people’s wellbeing before, during and at the conclusion of a fixed period of classes. We are seeking people who wish to put themselves forward for this research program in return for six weeks of  free Bikram yoga classes.”

The Australian research program follows on from the release of recent research at the Anxiety and Depression Association of America’s (ADAA) conference in the United States earlier this year. The research, conducted by the Dr Lindsey Hopkins deBoer revealed that candidates who participated in two Bikram yoga classes per week experienced greater decreases in anxiety and stress as against a control group(1).

“Although our Australian research is measuring self-reported changes, and is not a medical research program, we remain very interested in how participants who have not tried Bikram respond,” said Michael. “The US research recommended that Bikram yoga may be effective for individuals with high levels of stress, anxiety and depression, so we are actively looking for candidates who describe themselves as being under stress or pressure.”

The BYA is calling for interested candidates to visit a Survey Monkey site, completing an introductory survey after which they will be supplied with a list of participating Bikram Yoga studios. Candidates will be able to attend six weeks of classes at participating Bikram Yoga studios, completing another survey at three weeks and a final survey at the six-week mark.

“This is the first time we have embarked upon a process to measure the impact of Bikram Yoga through a survey on such a scale,” said Michael. “It is exciting to think we might be able to track changes in people’s perceived wellbeing. Although we might not be able to draw conclusions that Bikram was the element that brought about positive wellbeing changes, it will certainly go a long way to helping us to understand how Bikram might impact upon us. We urge all interested people across Australia to sign up and take part.”

The survey will be live and calling for participants until the end of August. Participants can find out more through visiting the website or by clicking here.

The BYA has aligned with prominent charities such as Youth off the Streets, Defence Care and Soldier On – offering families, friends, supporters and others the first opportunity to take part in the research program.