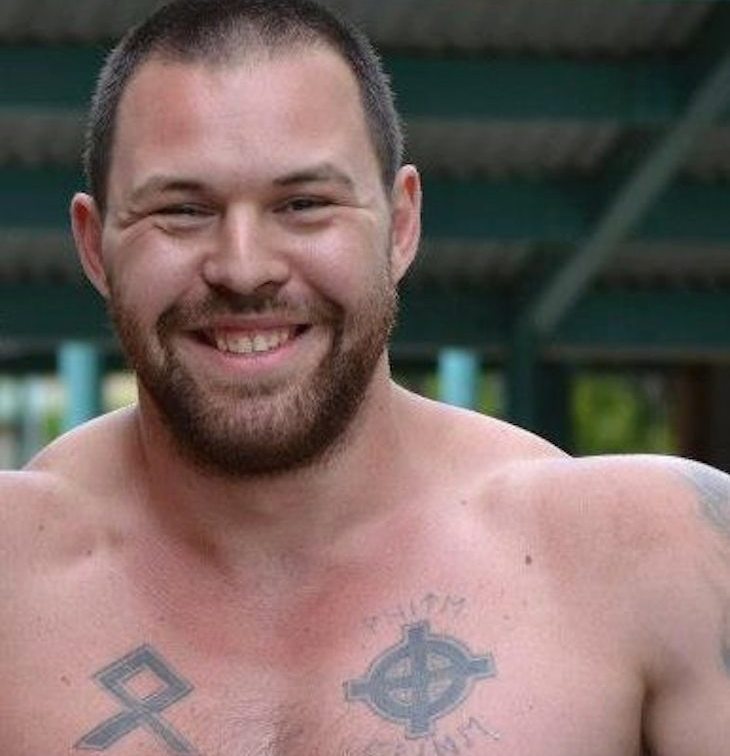 At around 7.30pm tonight, the strongest man in NSW, Ben Simpson, announced that at today’s FitX event he officially earned the title as “Australia’s Strongest Man”.

A personal trainer, eight years into the game, Ben’s foray into Strongman has been fairly short. “I’ve only been competing seriously for less than a year,” Ben states on his website. “In the the past ten months I’ve won NSW Strongest Man, and placed third in my first international comp: Strongfit World Championships, held at the Melbourne F1 Grand Prix. In addition to this I competed in another five competitions, and placed first in all of them, bar one.”

Prior to this very successful year Ben was actually forced into a two-year hiatus from all strength training, due to surgery required on both his knees. “Throughout my break from competing I continued to referee and support my fellow Strongmen, as I know that the more they can achieve, the more they will in turn push me to achieve even greater things.”

Ben’s recovery allowed him to focus on training his PT clients. “I’ve been a personal trainer for eight years now, and love the chance this has given me to change so many lives. I work with clients on both their nutrition and training, as I know that both are essential to achieving results. As a trainer I have been fortunate enough to coach client upon client, to achieve amazing results. These results always extend so far beyond their health and bodies, and really impact their lives.”

WNiF was at the FitX event today, and captured Ben’s qualifying performance in the 300kg deadlifts category. As you’ll see from our exclusive video below, Ben successfully managed 11 deadlifts, just one and two lifts more than the second and third place winners, respectively.

The other events that Ben competed in today, to be named Australia’s Strongest Man included:

“I did it. I won Australia’s Strongest Man! Still doesn’t feel real. I haven’t had time to go through all the messages and alerts yet. The people who helped me the most I have already thanked you in person. Everyone else who couldn’t be there but continued to support me, thank you too. I will get to all the messages over the coming days. Thanks so much everyone.”

Congratulations, Ben. We hope you get to have a nice long soak in a relaxing hot bath tonight – you sure earned it, buddy!