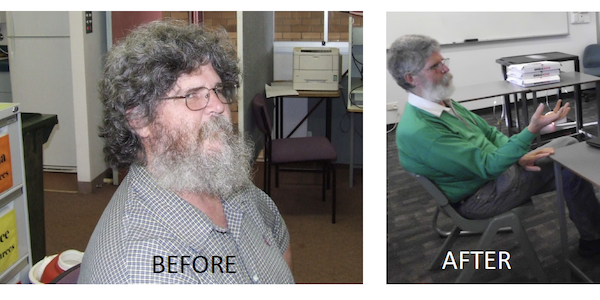 Fifty-nine-year-old Dan Feely comes from Toowoomba, Queensland in Australia. He was diagnosed with type 2 diabetes in April 2014. At the time he knew nothing of diabetes and everything he read online scared him. Dan spent a lot of time educating himself and eventually came across Diabetes.co.uk. For the first time, Dan had access to research reports, the forum and, of course, the Low Carb Program. The site has educated Dan and he finds the support from the members invaluable.

A diabetes educator had advised Dan to reduce his carbs before he came across the Program on the Diabetes.co.uk website; however the program made it easy. He just worked through the modules of the free online 10-week course. After nine months of being on a low carb diet, Dan lost an incredible 48kg, initially weighing in at 124kg. When Dan was diagnosed, his blood glucose was at 23mmol, after beginning the low carb program it soon dropped to around 13. Now when he wakes up in the morning, Dan’s blood glucose levels are at 4.5 to 5, which is normal.

Dan has now got the hang of the low carb lifestyle, he eats a simple breakfast, a salad for lunch and a vegetable based dinner. His favourite snacks are apples, cheese and peanut butter. Eating significantly smaller portions was more of a struggle to adapt to than cutting carbs was for Dan and he still plans to cut his portions down more. Though this doesn’t come naturally to Dan, fear keeps him going. The thought of not being able to go for walks in the forest or not being able to read a book terrify Dan and keep him motivated.

Dan has never exercised and alongside his weight loss he wanted to bring more physical activity into his life without having to go running or to the gym. Dan got a bike and now cycles to work at least three to four times a week. Before the low carb program, Dan never thought cycling to work would even be an option for him.