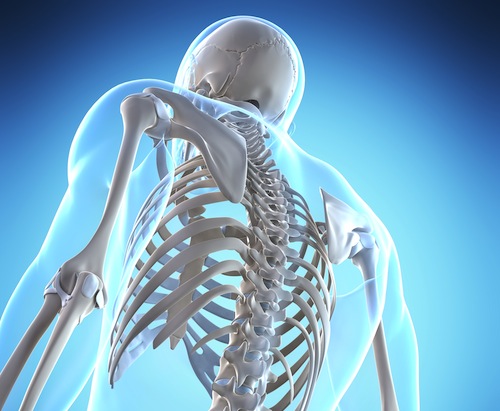 Australian Bone Health A Real Cause for Concern

Australia is struggling to cope with the burden of osteoporosis with complications arising from thinning bones on the rise.

According to Osteoporosis Australia, an average of 262 hospitalisations occurred daily across the nation (one every 5-6 minutes) as a result of osteoporotic fractures[i]. And bone experts predict that the stats will just keep increasing in line with our ageing population.

Osteoporosis currently affects 1.2 million Australians, with this figure expected to rise to 3 million by 2021[ii]. In addition, 6.3 million people suffer from thin bones (osteopenia)[iii] and as many as four out of five people with osteoporosis are unaware they are suffering from the degenerative bone disease[iv].

While most people recognise the role calcium-rich dairy foods play in building and maintaining strong bones, under-consumption is widespread in Australia with eight out of ten adults failing to meet their minimum recommended intake of milk, yogurt, cheese and/or alternatives[v].

And, Dairy Australia believes that many Australian adults are uncertain of how many serves of dairy foods a day are now recommended for optimum health, following the introduction of Australia’s new Dietary Guidelines, which have seen recommendations upped for most adults.

To help set the record straight, ahead of National Healthy Bones Week 2013 (4-10 August), Dairy Australia is putting the spotlight on the new recommendations and calcium’s critical role in achieving and maintaining bone health.

“The new dietary guidelines have been based on the most up-to-date science and we now know that many Australians need to consume a lot more dairy foods,” explained Dairy Australia dietitan, Glenys Zucco.  “Women over 50 years of age are now encouraged to double their intake of dairy foods from the previous recommendation of 2 serves a day to 4 serves, while all adults under 50 are urged to increase their daily dairy intake by half a serve from 2 to 2.5 serves[vi].”

In addition to highlighting the critical role dairy can play in helping curb the country’s rising rate of osteoporosis, National Healthy Bones Week is also encouraging Australians to build more Vitamin D and weight bearing exercise into their daily regimen.

Leading nutritionist and Osteoporosis Australia’s Healthy Bones Australia ambassador, Susie Burrell reiterates the importance of all three components in building healthy bones.
“Consuming enough dairy foods is absolutely crucial for the maintenance of healthy bones and the prevention of osteoporosis later in life. With a serving equal to 250ml of milk, 200g of yogurt or 40g of cheese, there are many healthy ways to enjoy dairy foods while also protecting your bones,” Susie said.“Add to that regular weight bearing exercise and exposure to Vitamin D (either from a safe amount of sunshine or nutritional supplements) and you’ll be protecting yourself from thinning bones.  You can’t cure osteoporosis but unlike many other diseases, it is possible to take steps to prevent it,” she explained.

For more information on National Healthy Bones Week, visit www.healthybones.com.au or join the conversation at www.facebook.com/HealthyBones and www.twitter.com/HealthyBonesAU