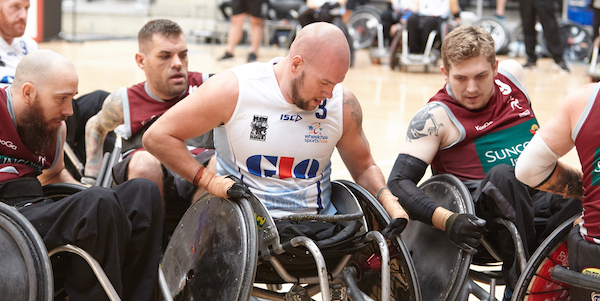 The official announcement of the successful bid was made on Thursday 7 July during the opening ceremony of the 2016 GIO Fierce 4 Wheelchair Rugby Nationals in Sydney. The National Championship runs 7 to 9 July.

From 4 to 10 August 2018, the Sydney Olympic Park Complex and Netball Central will host the world’s top 12 teams including the Australian Steelers who are the reigning Paralympic and world champions playing to defend their world title on home soil.

“Disability Sports Australia is the governing body for Wheelchair Rugby in Australia. The success of our bid is a milestone for Australian sport and comes with significant support from our partners the Australian Rugby Union and Australian Defence Force,” says Jenni Cole, CEO of DSA. “We are delighted that the Championship will bring the world’s most elite Wheelchair Rugby competition to the Australian public – Wheelchair Rugby was one of the most popular sports during Sydney’s 2000 Paralympic Games. Since its inception in 1976, the sport of Wheelchair Rugby, previously known as “murder ball” has showcased the fierce and competitive nature of sport for athletes with a disability and captivated viewers worldwide.”