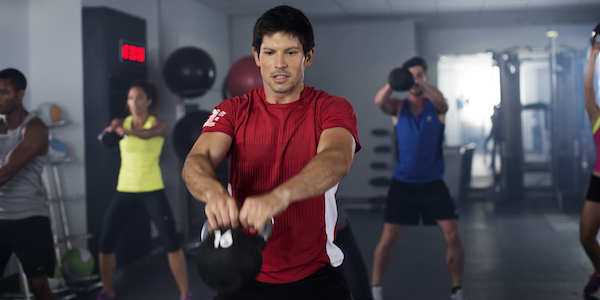 Fitness First Finds Aussies Are Setting Themselves Up For Failure

Goal setting starts from the beginning of every year, and Aussies fail from the outset when setting New Year resolutions. 51% of Aussies set New Year’s resolutions they know they can achieve, setting the bar low with the hope that they won’t fail. 47% have a sense of guilt when they don’t achieve goals leading them to be unimaginative with their resolutions, with the most popular goals set in 2016 related to fitness, weight and finance.

Even with the easiest goals within grasp, Aussies still fall short. Research revealed that only 25% achieved all their 2015 resolutions, with a mere 32% achieving fitness goals, 25% achieving weight goals and 19% achieving finance goals. Failure to achieve resolutions is widespread and even self-inflicted. We can be to blame for our own failings and the lack of motivation to make goals happen. Research has further proven that women are less likely to achieve goals than men, even though women are more likely to set personal goals. Women will discuss, share and focus on achieving goals in a different manner to men who are results focused and black and white in their approach. This is evident in the goals women set focusing on career, travel, family, personal appearance and being a better friend/partner/parent whereas men aim for work/life balance and to drink less.

Australian’s take a casual approach to setting goals, outlining that the top reasons causing failure are having goals that are too hard, not having a plan and being unsure how to make a goal happen or succeed. Our scattergun approach to New Year resolutions is reflected in our approach to overall goal setting, with 27% of Aussies admitting that New Year is the only time of the year they set goals.

Fitness First has found that this is due to ‘Goal Inertia’; caused by a lack of personal inspiration and confidence. 40% of Aussie said they found it hard to think of things in life they want to work towards and 53% wanted inspiration about the sorts of things they can do to push themselves further. Over a third wanted help breaking the goal down and getting more confidence overall to achieve goals.

Fitness First Ambassador and Life Coach Shannah Kennedy comments “When setting goals it is important to decide who is not on your team and who can be your support crew. I have a trainer, a life coach, an accountant and exercise buddies to train with. There are many people on the team. No one does it all alone. No athlete wins the gold medal on their own. When determining your goals you need a vision, a plan, a support person or people and a commitment to follow through. If you don’t want to do these things, then you are only going to sabotage your own confidence.”

We aren’t all quitters, and some people do succeed and go further, with those who exercise and set a vision for themselves identified as more likely to achieve their wider life goals. Having a long term vision is the highest ranking driver to helping successful Aussies go further in life, yet 40% admit they have no long term vision in their life. A whopping 66% also identified that exercise is essential or plays an important role to helping them go further in other parts of your life, though 33% don’t regularly exercise at all.

Fitness First has recognised the importance of bringing goal setting and fitness together and has partnered with Shannah Kennedy to respond to ‘Goal Inertia’ by appointing her as a Life Coach consultant to support and advise members. Shannah Kennedy will expand Fitness First’s holistic advice including the launch of a ‘Guide to Going Further in Life,’ a practical way to define your bigger vision. Shannah, along with a series of Go Further Ambassadors will be commencing a speaker series in-club to help inspire people in their wider goals.

Fitness First’s National Development Manager, Adrian Holdsworth said, “One of my favourite sayings is the smallest of actions is greater than the best of intentions. If we combine action with a quality product and provide our members with the possibility to explore how physical activity has numerous benefits outside of outward appearance and health, we will be supporting them achieve not just their fitness goals but their life goals.”

Research conducted in January 2016 by Online Research Unit, on behalf of Fitness First Australia – a total of 1,000 respondents were polled.