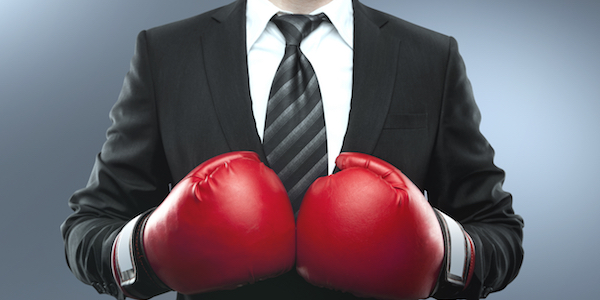 On Sunday, 28 February, Rod Walker broke the GUINNESS WORLD RECORDS™ for the Most Continuous Rounds of boxing, in the ring at the North Sydney Leagues Club, in Cammeray. Rod fought 22 opponents that included Phil Waugh for 127 rounds, over the course of eight hours.

Rod took on the challenge to raise $250,000 for struggling Aussie families, through the not for profit organisation, Fusion in West Sydney.

“That was without doubt the toughest challenge of my life; thank goodness it’s over. Our goal was to raise $250k for the amazing work of Fusion Western Sydney for families in desperate need. We’re not quite there yet, but are close and with a little more support can still make it. I’m so grateful for the support of so many people who’ve volunteered their time to make this event a success & for all those who’ve supported us financially”. Rod said.

“This event was the brainchild between Fusion champion, Sallie Hammond and myself. Parents today need support more than ever before. Family relationships are under stress. According to research, a strong emotional connection with parents is the factor that protects young people from high-risk behaviour above everything else. Parents engaging in the Families Course fun by Fusion not only learn new skills, but also become part of a supportive community who can encourage each other to continue on, knowing they are not alone” Rod continues.

From humble beginnings selling encyclopaedia’s door to door, Rod has grappled his way to the very top of business leadership. Rod attributes his success to the fact he loves to push himself out of his comfort zone. It’s for that reason he began boxing seven years ago when he wanted to improve his fitness. Remarkably, the father of five took his boxing from a workout regime all the way to becoming a 2013 Australian Masters Champion. And now, in the challenge of his lifetime, Rod at the age of 59 Rod completed 127 continuous 3 minute rounds to beat the world record and importantly raise money for families in Sydney.

Solvej Malouf from The Guinness Book of Records™ official there on the day commented, “I am the official Adjudicator for Guinness World Records™. Today I was here to Adjudicate the Most Consecutive Boxing Rounds. I can say the evidence has been collected and the guidelines have been met. The current tittle is held in Ireland and is 123 consecutive rounds. Today Rod Walker has achieved 127 and have the Guinness World Records™ Title of Most Consecutive Boxing Rounds.”