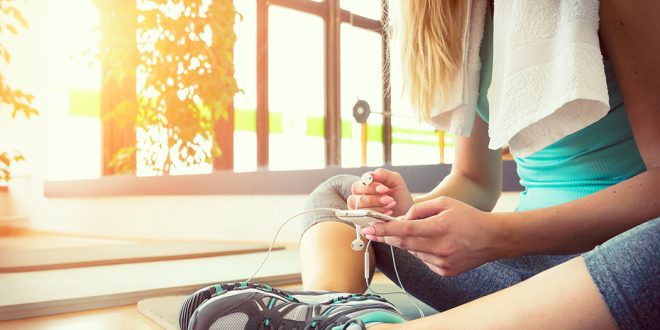 Businesses are warned to be careful when it comes to swearing in advertising after an ad from Anytime Fitness Australia was found to be in breach of the advertising code of ethics.

The nationwide gym chain sent out a series of advertisements across various mediums during January and February, including SMS adverts, flyers, and posters.

The ads begin with the phrase “F*CK UNFIT” and aim to entice customers to use Anytime Fitness’ gym app by riding the “New Years resolutions” fitness wave which typically occurs in January.

“THIS IS MY YEAR. BEAT THE EXCUSES. MAKE THIS THE YEAR YOU SAY I CAN DO THIS,” the ad reads.

Multiple complaints were submitted to the Advertising Standards Board regarding each of the ad’s formats, including an ad which ran on Facebook and a targeted SMS advertisement.

“I was very shocked and felt uneasy from the message. I did not see the use of the word F*CK in the message. There is no need to swear at customers. If they were to use them face-to-face they would be in a lot of trouble, so why use it in a SMS,” one customer said of the SMS advert.

Many of the complaints related to the advertisement being inappropriate for viewing by children.

“Their campaign message is: ‘F*ck unfit’ – that might be ok on YouTube or Facebook but not prominently featured in an on-street display board at child’s eye level,” said one complainant.

“I don’t really want to have to explain to my 6 year old children who are learning to read what that word means yet – or why the asterisk is there. The pavement is a shared space – not the place for ‘edgy’ / pathetic uses of swearing for advertising.”

The business defended its use of swearing, claiming the term “F*CK UNFIT” was not intended in a sexual or aggressive manner, rather as an inspirational term.

“The phrase”F*ck Unfit” is not used in a sexual or aggressive manner and instead is used in a motivational manner, intended to inspire people to take control of their fitness goals,” the business said in a response to complainants.

“The campaign is meant to allude to a strong statement that we’re making in the face of serious health problems that plague our communities. Our goal was not to swear to offend or just for the sake of it.”

However, advertising expert at CP Communications Catriona Pollard believes the campaign was likely intended as “shock factor”, and says using swearing in advertising is “really risky”.

“From a first foundation perspective, using profanity or swearing with your brand might seem cutting edge, but in reality, it’s really risky,” Pollard told SmartCompany. “I would only ever suggest a brand do that after a lot of consulting and strategising around their target audience.”

The board considered Anytime Fitness’ defence that the ad was motivational rather than offensive, but in the end declared all forms of the advertisement to be in breach of section 2.5 of the code of ethics, which relates to inappropriate language.

“The Board noted that the phrase, “F*CK UNFIT!” is very clear in each version of the advertisement and considered that most children would be able to read it and understand it, and in the Board’s view, many adults would find this phrase to be strong, obscene and not appropriate in the context of large posters inside a gym,” the ASB said in the ruling.

“Consistent with its recent determination for the same advertisement…the Board considered that the language in the advertisement was too strong for a broad audience that would include children and is not appropriate in the circumstances.”

This is not the first time a series of advertisements have come under fire for their use of swearing, with Sony being told one of its promotions for its “Sausage Party” film also breached the code.

However, brands have also gotten off scot free with swearing in ads, with Mumbrella reporting fishing store BCF was given a pass by the ad standards board last year over its “BCF-ing fun” campaign.

“If you’re going to use swearing, make sure you can control who sees it. Have a really clear understanding of your target audience,” she says.

“In this case, [Anytime Fitness] was probably targeting a younger audience, as they generally find swearing more acceptable.”

With that in mind, Pollard thinks the campaign would have been better suited to social media and TV, rather than the “blanket” approach the business used.

“They did it for the shock value and the talk-ability value. They could have used a swear word that wasn’t as strong, and still gotten what they wanted,” Pollard says.

SmartCompany contacted Anytime Fitness Australia but did not receive a response prior to publication.