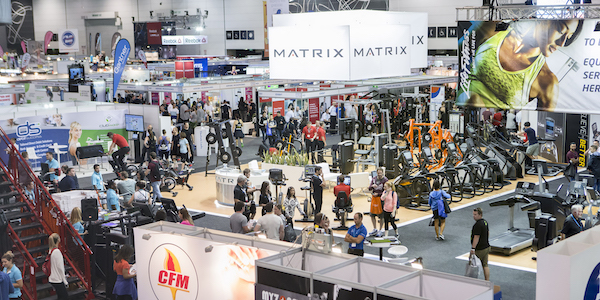 Wrapping up the final event for 2016 in Brisbane, the Fitness & Health Expo has maintained its position as the ultimate event for fitness and health for yet another year, having experienced a year of strong attendance at its events in Melbourne, Perth and Brisbane.

Director of the Fitness & Health Expo Shaun Krenz said the success of the expo nationally this year was ultimately due to its content.

“Our visitors come to the show because they want a fun day out, they want to be educated and inspired and we felt we did this via our partnerships with key associations or tribal organisations throughout the industry,” he said.

“In addition to this, our offering of content enables us to engage all different types of fitness enthusiasts and showcases the latest in wearable tech, body weight training, high intensity interval training, strength training, group training, weight loss and apparel. Our line-up of international athletes and celebrities was stronger than it has been in years and this engaged the masses from local gyms who rushed to get their photo and learn the tricks of the trade from the best in the business.”

Looking ahead, Shaun said the team was most excited in 2017 to be returning to the newly opened International Convention Centre (ICC) in Sydney, now the Asia Pacific’s premier convention, exhibition and events precinct.

“For Sydney, we have been met with a high level of support and an enormous amount of growth from an exhibitor perspective and, in turn, we expect the same from an extremely engaged market of fitness professionals and enthusiasts. The Sydney market has been waiting for three years now for the event to return to Darling Harbour and, together with FILEX, our co-locating conference partner, we have no doubt that this event will be the most exciting live fitness exhibition and convention ever staged in this country.”

Next year, the portfolio of shows will present a segmented offering with the strength, active and commercial markets all positioned as mini-shows within the show. A re-brand and a series of more targeted digital platforms will accompany this move allowing for a more personalised and direct offering. The shows will have all the elements that visitors have come to enjoy with even more celebrities, additional offerings for Health & Wellbeing, more involvement from the technology, apparel and supplement segments along with a far more diverse range of show specials.

“Networking that supports the portfolio will be everywhere in 2017 so if you work in the industry keep an eye out. The shows will become even more interactive and there will be more opportunities to test your abilities and compete on the day,” said Shaun. “Excitingly for exhibitors, there will be even more association partnerships, particularly in the vertical segments, to ensure we continue to attract a diverse range of high-spending buyers to the events.”

In 2017, the confirmed dates for the Fitness & Health Expos across Australia are:

The portfolio will skip its visit to Perth next year, as it focusses all its energies from a commercial perspective into a massive return to the new ICC Sydney, Darling Harbour and the re-positioning of its Melbourne offering.

“At this stage, we are unsure about the future of our Perth offering. Having been in the market every year since its launch in 2013, we still haven’t seen the growth that we and our customers would like. Certainly, the Eastern-based Fitness exhibitors still find it difficult to participate in Perth and the local market is more motivated, at this stage, by the opportunity to target buyers via our national, Sydney event,” said Shaun.

“In Melbourne, we see a real benefit in re-positioning the timing to October. From a consumer perspective, it’s coming into Summer so our visitors are starting to think about their summer bodies and getting fit. The competitive landscape both domestically and internationally is also not as cluttered. This show will feature a strength, active and commercial offering with some exciting announcements for the strength and commercial segments, in particular, to be released soon. Our Brisbane show will cater predominantly to just the strength and active segments.”