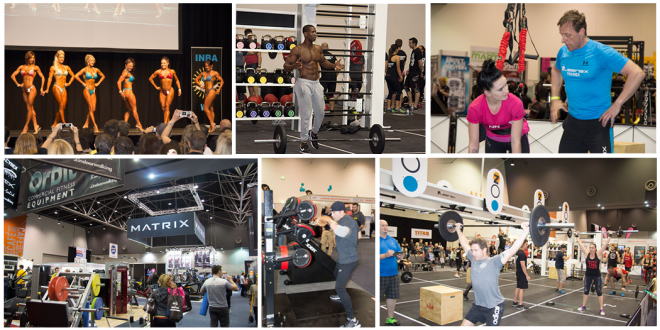 The Fitness & Health Expo in Perth opened its doors this weekend for the 3rd year at the Perth Convention & Exhibition Centre.

Held in conjunction with the WAFIC Convention (organised by Australian Fitness Network), the event packed a punch with a variety of features over the 3 days.

The Arena (sponsored and equipment supplied by QUEENAX Australasia) featured CrossFit athletes in the WA premier Super Squats Competition – a mixed team event for functional fitness lovers, held over the weekend with a variety of routines which were definitely not for the faint hearted! Also featuring in the Arena were the leaders in functional training innovation  QUEENAX, with demo sessions showing the incredible diversity of exercises available on it’s world class modular system including the all new 4dPro.

On Saturday, the Powerlifting Stage hosted the top 14 female lifters competing for the Perth Open Division plus the Pacific Invitational with the 12 top male and female class lifters from International and Australia. Sunday saw the men’s light (59-93kg class) and heavy weight (105-120kg+ class) battled it out and boy, the crowd nearly took the roof off!

The Main Stage was host to several crowd pullers, including the INBA (International Natural Bodybuilding Australia) “The West Coast Super Show” for males and females as well as Armwrestling matches between rivals or like matched opponents.

Trendy fitness and gym clothing, tech footwear, training supplements and nutrition, exercise music and wearables, muscle meals and deals, PT education and workshops, business resources, fitness franchising opportunities and all the training tools and accessories you could hope for were amongst the booths for perusal. Demos, free competitions, expo offers and free giveaways were everywhere.

All in all, you needed to be organised because it was difficult to spread yourself across all the feature events and areas, there was a good enough mixture of exhibitors for consumers and the queue for a coffee was insane (great barista)!

See you next year:)